Shopify Payments: How They Work, Fees, Usage, and Comparison 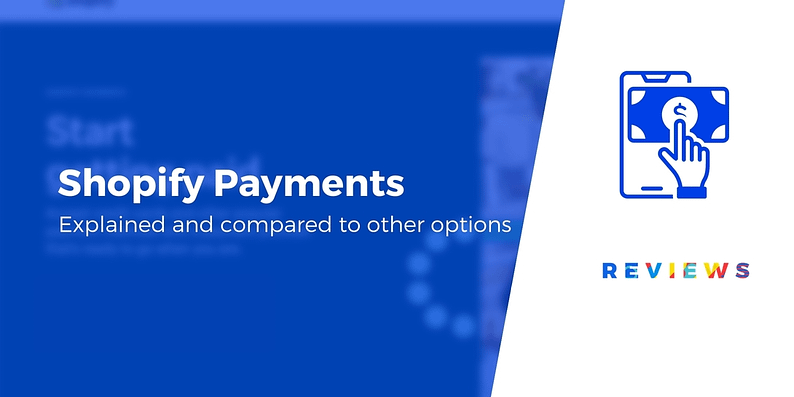 Themeisle content is free. When you purchase through referral links on our site, we earn a commission. Learn More

As one of the top eCommerce platforms on the market today, Shopify holds a significant amount of clout with its users and the companies that partner with Shopify. That includes payment gateways and credit card processors. In the past, Shopify was known for its long list of compatible payment gateways. The company still supports third-party gateways, but it also created its own processing solution called Shopify Payments.

What is Shopify Payments?

Simply put, Shopify Payments serves as a payment processor for an online store that runs through the Shopify eCommerce platform. You can accept several types of payment methods including major credit cards and Apple Pay. It’s also rather easy to configure with your Shopify store, and Shopify doesn’t charge you extra fees like you would if you want to use another payment gateway on Shopify.

It’s comparable to the likes of Stripe, PayPal, and Authorize.net, where you link it to your online store to accept payments. The gateway then processes the payment by verifying the payment method and checking with the bank, all within a matter of seconds. All accepted payments then get placed in your bank account.

In the past, Shopify only ran an eCommerce platform, allowing you to integrate with hundreds of third-party payment gateways. The company eventually decided to cut out the middleman and offer its own payment solution. Shopify didn’t necessarily make its own gateway but they partnered with Stripe to completely integrate with Shopify and rebrand it so it sort of looks like Shopify made it.

How much does Shopify Payments cost? Are there any extra fees?

Shopify Payments eliminates many fees you would otherwise have to pay for with a third-party payment gateway. However, there is some extra pricing you must consider in order to use Shopify Payments.

First of all, Shopify itself (the actual eCommerce platform) is required to utilize Shopify Payments on your store. Therefore, you’re expected to pay for one of the following online store plans:

After that, you must also figure in the transaction and credit card fees. Shopify doesn’t charge any extra transaction fees when you use Shopify Payments. However, you still need to pay the “standard” credit card processing fees that all processors charge. You’ll get a better rate on higher-tier Shopify plans, though, which is a nice perk:

For reference, most other payment processors charge a flat 2.9% + $0.30 for all online payments, so you actually get a nice deal with Shopify if you’re on the Shopify or Advanced Shopify plans. We’ll show a more in-depth comparison later.

Some other less common fees to consider:

Who can use Shopify Payments?

In general, most Shopify users can use Shopify Payments. However, there are a few restrictions.

To begin, Shopify Payments is restricted to companies in a relatively short list of countries. As of right now, they have a list of about 17 countries, some of which include:

The full list is shown here. You must opt for one of the hundreds of other payment gateways supported by Shopify if you’re not in one of those countries.

You also can’t use it if you fall into a business category that’s prohibited by the company. Each country has its own list of prohibited business types. For example, Shopify US doesn’t allow online payments for legal services, adult content, gambling, drugs, multi-level marketing, and much more.

How does the payment processing work?

As mentioned, Shopify Payments uses the Stripe processing system on the backend. It’s simply repackaged and branded to function as a built-in Shopify feature, with the Shopify name included instead of Stripe.

All payments get processed in real-time and logged on the Shopify dashboard, allowing you to look up your payments from one dashboard instead of logging into something like Authorize.net or Braintree.

Shopify Payments checks for fraud, legitimacy, and whether or not the bank is willing to make the payment. It then deposits the payments into your bank account in a few days, depending on your country. In the US it takes about two days, while in Sweden it takes four business days. Click here to see processing times for your country.

Occasionally, you may see a delay or freeze on a payment. Reasons for that include:

We recommend you address all instances of suspicious activity and fraud in a timely manner to receive your payments and prevent any problems with processors or customers.

Shopify Payments vs other payment processors

Shopify has supported hundreds of other payment gateways for quite some time. So it makes sense to compare the other reputable payment options next to Shopify Payments.

But first, you should know that Shopify charges an extra transaction fee if you want to use a third-party gateway instead of Shopify’s gateway. This fee is on top of what you need to pay the service for processing the payments. It varies depending on which Shopify plan you have:

The chart below compares some of the more popular gateway alternatives, but you can also look up supported payment providers for your area here.

How to set up Shopify Payments

One of the main advantages of going with Shopify Payments is how easy it is to configure in the Shopify dashboard.

Start by clicking on the Settings button in the lower-left corner.

All Payments details are under the Settings tab.

Choose the Payments link to proceed.

Find the Payments button in the dashboard.

Fill in all verification and personal information required, including business details, address, and business type.

Complete this entire page and finish by typing in the routing and account number from your bank account. That’s how you get paid.

Can you have other payment options listed alongside Shopify Payments?

Yes – Shopify also has other payment options to give your customers more variety. Some of these include PayPal and Amazon Pay, which you can activate alongside Shopify Payments so multiple payment method buttons appear in the checkout.

It also allows for hundreds of other alternative payment providers, some of which you wouldn’t have running with Shopify Payments (since they do the same thing,) but there are some unique processing options, like for cryptocurrency and mobile payments, in that list as well.

Finally, all Shopify stores allow for manual payment methods ranging from bank deposits to money orders, all of which are configured in the Payment Settings area of Shopify.

Shopify will not charge the extra transaction fee as long as you still have Shopify Payments active.

The pros and cons of Shopify Payments

Outside of the limitations on certain regions and countries, and the fact that you can only use Shopify Payments with Shopify, there aren’t many downsides.

Is Shopify Payments right for you?

Walk through this checklist to figure out if Shopify Payments is right for you:

Overall, you’d be silly not to consider Shopify Payments if you check all three of those on the list above. You may look elsewhere for a payment gateway if you’re not in a supported country, or if you’d rather use something like WooCommerce, Volusion, or BigCommerce for your eCommerce platform.

Other than that, Shopify Payments significantly cuts down on transaction fees and credit card rates. Not to mention, it’s all consolidated onto the Shopify dashboard with a setup process that takes minutes. For those reasons, we highly recommend Shopify Payments to all companies using Shopify and in the supported countries and business types.

If you want to get started with Shopify and Shopify Payments, you can follow our full Shopify tutorial.

Do you still have any questions about accepting payments on Shopify? Let us know in the comments and we’ll try to help!

5 Essential Tips to Speed Up
Your WordPress Site

Reduce your loading time by even 50-80%
just by following simple tips.

* This post contains affiliate links, which means that if you click on one of the product links and then purchase the product, we’ll receive a commission. No worries though, you’ll still pay the standard amount so there’s no cost on your part.

Or start the conversation in our Facebook group for WordPress professionals. Find answers, share tips, and get help from other WordPress experts. Join now (it’s free)!

Joe Warnimont is a Chicago-based writer who focuses on WordPress, eCommerce tools, and social media. When not fishing or practicing yoga, he's collecting stamps at national parks (even though that's mainly for children). Check out Joe's portfolio to contact him and view past work.

10 Best Free Blogging Sites to Build Your Blog for Free in 2021: Tested, Compared and Reviewed

Looking for some free blog sites to help you start sharing your writing with the world? Whether you just want to share updates with your family and friends or you want to start a blog and build a broader audience, we’ve put together ten great ...

There’s plenty of space on the internet for everybody. People love to share ideas, give shape to their thoughts, and maybe even reach a global audience. How to put yourself on the path to achieve all of that? For once, what if you start a ...

How to Make a WordPress Website: Step-by-Step Guide for Beginners

Believe it or not, but knowing how to make a website from scratch is one of the more essential skills you should master as a small business owner in this day and age. Please bear with me! Here’s why: If you know how to make your own website, ...

The web host you choose to power your WordPress site plays a key role in its speed and performance. However, with so many claiming to offer the fastest WordPress hosting out there, how do you decide which company to use? In addition to performance, ...

How to Install XAMPP and WordPress Locally on Windows PC

Want to install XAMPP and WordPress – aka. install WordPress locally? This is a great idea if you want a development site that can be used for testing or other purposes. XAMPP lets you run a website from your very own computer. And once you ...